Get to know the CoLa Neighborhood 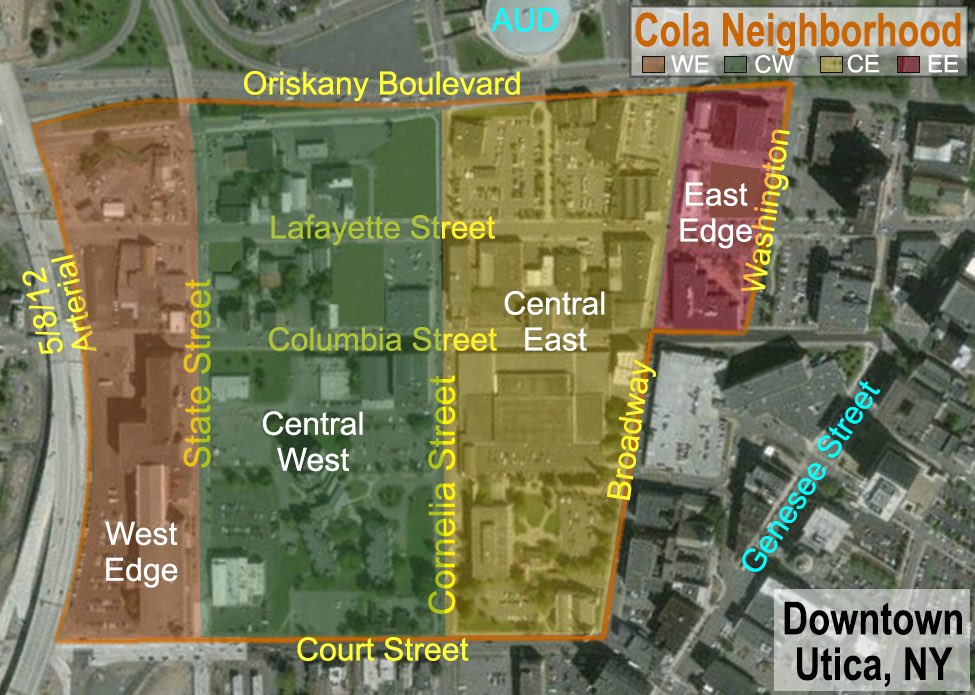 Read the CoLa Overview and know Better Utica Downtown stands for neighborhood and historic preservation. Our neighborhood consists of 13 blocks, 112 Parcels, situated on 61 acres in Downtown Utica. Get to know the Streets Of CoLa, and a Historical Context overview that stretches from prehistoric times to current day Utica.

Our friends at BUD have a MUCH better plan for downtown @CityofUtica, learn more at https://t.co/UG6sVgYANZ pic.twitter.com/VQnYQJnwUk

We are not opposed to a new hospital, just the location! Our position is well researched, please visit and join our friends at #NoHospitalDowntown. Let's create a park...

We say... "Have it both ways, a new hospital at St. Luke's and well-connected downtown neighborhoods!"